GUEST POST: January 11 — just a couple of days ago — was the day when, statistically speaking, people are most likely to have given up on their New Year resolutions.

From a psychological perspective, this make sense. The human brain doesn’t like change. Most of us can make temporary lifestyle changes for a week or two but, after that, maintaining something so that it becomes a habit requires very deliberate and conscious effort.

Just how long it takes varies widely according to different studies. In the Sixties, American cosmetic surgeon Maxwell Maltz, the author of the best-selling Psycho-Cybernetics, which detailed a system of ideas he claimed could improve one’s self-image, propagated the idea that it took 21 days.

More up-to-date studies suggest it’s a good deal longer — on average 66 days, say researchers at University College London. Which makes it all rather daunting and, some might feel, pointless.

But I urge you not to give up! There are several psychological techniques which will help you stick with your resolutions, and top of the list is Cognitive Behavioural Therapy. CBT is precisely targeted at changing thinking and behaviour.

It challenges the tricks our brains play on us to get us to give up on something new and revert to the comfortable status quo.

Being mindful of these ‘cognitive errors’ will help you to identify them when they occur and overcome them. So, here’s my simple guide to using some CBT principles to make the changes to your life that you want for 2019. 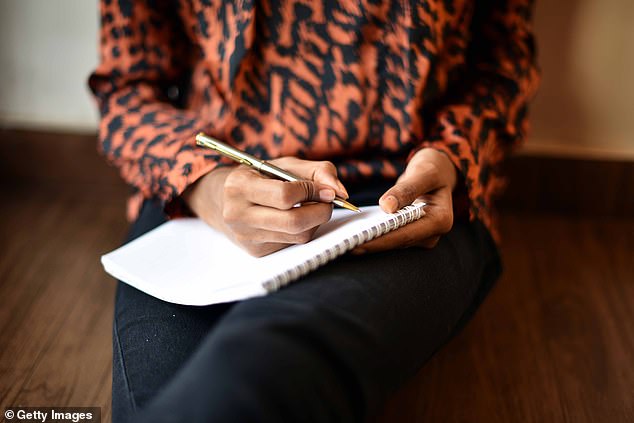 Keeping a diary of your progress will help to counteract a phenomenon known as ‘discounting the positive’.

And if you feel you need extra help, Public Health England and the NHS have joined forces to help people struggling with motivation via an an online quiz, the How Are You? quiz , that offers tailored support. Go to nhs.uk/oneyou/how-are-you-quiz.