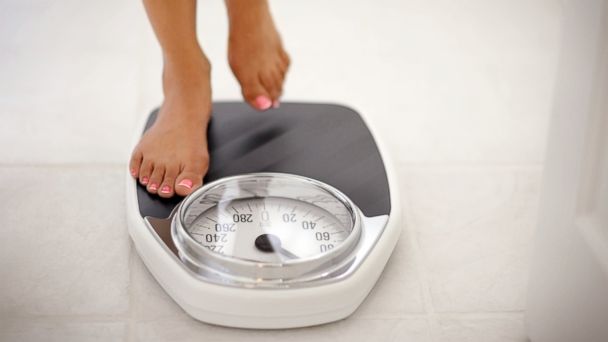 Weight-loss surgery has always been a topic of conversation and intrigue. After New Jersey Governor Chris Christie underwent Lap-Band surgery (in which a silicone band is placed around the upper part of the stomach to shrink it) in 2013, the media went crazy, questioning how much weight he’d lost, why he didn’t look even thinner, and whether or not he had failed in his efforts to slim down.

Although many weight-loss patients are open about their experiences, there are still some questions that are simply insensitive or inappropriate to ask, whether or not you realize it. Brian Smith, MD, a bariatric surgeon at University of California Irvine, weighs in on some of the most common (and offensive) remarks, and why you should keep your mouth closed.

Surgery doesn’t prevent you from gaining weight—it just limits the amount of food your stomach can hold, helping you fill up faster. It also doesn’t grant you a free pass to eat whatever you’d like. In fact, each procedure often carries its own set of digestive restrictions. “Lap-Band patients can’t eat bread because it’s bulky and can get stuck in the stomach, while gastric bypass patients have to be careful with concentrated sweets, because they immediately travel to the small intestine and cause cramping and diarrhea,” says Dr. Smith. “Even the sleeve gastrectomy, which is a newer and more preferred method, can come with food intolerances, so you really have no idea what issues a person may be dealing with after surgery,” he explains.

Bariatric surgery is not a lazy person’s way of getting out of going to the gym or eating a few veggies. “Many people who seek out surgery do so because of medical conditions that make it difficult or impossible to lose weight, like hypothyroidism, depression, endocrine disorders, or arthritis,” explains Dr. Smith. Even for people without medical issues, weight-loss surgery is generally a last-ditch attempt and reserved only for those with BMIs 35 and over, which is about 100 pounds overweight. “People who decide to undergo weight-loss surgery aren’t taking the easy road—it’s still incredibly hard,” Dr. Smith says. “It takes discipline and courage to go through an invasive procedure, overcome it, deal with post-op recovery, and then start doing cardio for an hour, five times a week, for the rest of your life to maintain your new weight.”

This one should be a no-brainer, but unfortunately, it still gets asked. “This is obviously a very personal question that I would refrain from asking, especially if a patient is struggling with their body image or considering having more work done to remove the skin,” says Dr. Smith. And, contrary to what you see on TV or in movies, excess skin isn’t even the expected norm after weight loss surgeries. “Younger people with lower BMIs tend to have less sag and more elasticity, and the minority of patients end up needing to have any form of body contouring post-surgery,” he adds.

Weight-loss surgery isn’t a magical makeover that leaves you 80 pounds lighter right out of the hospital; it’s a slow, difficult process that gradually happens over the course of a year. “You’re not actually having any fat removed during the surgery, so you can’t expect a patient to look radically different within a few weeks afterwards,” says Dr. Smith. “We rate the expected weight loss after one year, so if you’re 100 pounds overweight, you’re expected to lose 40-70 pounds after a year, depending on the surgery.” Hopefully, you wouldn’t tell your friend that her extra hours at the gym aren’t paying off, so you shouldn’t mention a patient’s post-op size, either.

It’s important to remember that weight-loss surgery is not a quick, magical fix—it’s just a jump start. “Bariatric surgery essentially handicaps you and thrusts you into weight loss, forcing you to adopt a healthier lifestyle,” says Dr. Smith. “No operation will succeed long-term if a patient doesn’t commit to diet and exercise to keep the weight off. So by chalking up a person’s entire weight loss to their surgery, you’re actually robbing them of everything they’ve put themselves through, which is the fight of surgery, the pain, the courage it took to get there, and all the diet and exercise they’ve completed post-surgery,” notes Dr. Smith.